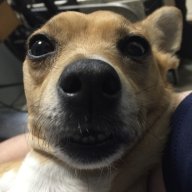 The former IT security analyst, Emma Majo, is seeking court approval to expand her effort into a class action on behalf of women who've worked for PlayStation in the past few years.

The suit alleges violations of the United States' Equal Pay Act, saying: "Sony discriminates against female employees, including those who are female and those who identify as female, in compensation and promotion and subjects them to a work culture predominated by men."

Majo alleges that she was ignored by a manager who only responded to men, was passed over for promotions and was terminated this year after submitting a gender bias complaint to the company.

She says other women at PlayStation struggled to get promoted at the same rate as men.
Zum Vergrößern anklicken....