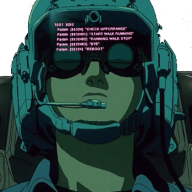 The thunder rolls and echoes in the head. It breaks through the samey and gray atmosphere of the Zone. Monotonous, constantly repeating, the rumble does not allow unwinding. It rolls once more, and more, and more.

But it doesn't distress and crush you or dispirit either. On the contrary, now you look onwards, carefully choose where you can step, where you can go. You are ready, at any moment you can repulse anyone you meet. Is it still the thunder, or the heartbeat that devoured all other sounds? What’s the difference? There is only one possible outcome, this soundtrack will also devour you.

Concentrate. Watch your back and go for your goal. Storming is here.
Zum Vergrößern anklicken....

iXBT Games editor-in-chief, Vitaly Kazunov, has said that STALKER 2 will not be released until at least 2024-2025. Citing his own sources in a YouTube video, Kazunov reports that the project is currently in the stage of "permanent repair".

According to Kazunov, issues started around six months ago during the invasion of Ukraine by Russia. Initially, STALKER 2's development was put on hold, with development resuming again a couple of months later after relocating to Prague,

Kazunov says that most of the staff that started the development of STALKER 2 have since left the studio and the relocation has caused significant issues. Exact details are unknown, but Kazunov suggests that these issues have meant that new employees at the studio are forced to redo, or completely scratch some aspects of the game.
Zum Vergrößern anklicken.... 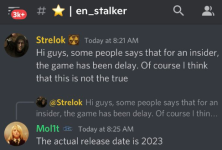